Below is an update from one of our E Free-ers dealing with cancer. 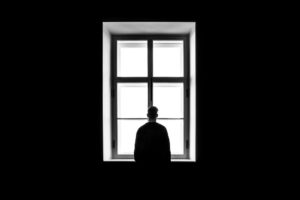 I know you haven’t heard from me in a while, but I honestly didn’t really have anything new to report.  After my meeting at the end of June with the oncologist, we needed to go home and let my head heal and think through the info we got from the oncologist and figure out what questions we needed answered and what exactly we were dealing with.  Also, the oncologist needed to consult with the neurosurgeon and also a radiation oncologist about whether I needed radiation on my skull so we were waiting for answers on that as well.

So, there are still some things we don’t totally understand, but it sounds like there are also some things that doctors don’t understand either about this disease, so I’ll just go with what we and they know.

First, in terms of radiation on my skull, they were a bit concerned because the cancer had spread to my dura (the lining between my brain and my skull) but after consulting the other doctors, they all agree that radiation currently may cause damage to my brain and the neurosurgeon thinks he got it all, so for this moment, they are not going to radiate my skull.   They are going to do MRIs of my head every 3 months to keep an eye on that spot in case something does reoccur in that area and then they would look at radiating at that point in time.

My headaches and nausea are totally gone and I really feel back to normal.  For those of you who haven’t seen me lately, it’s amazing but because my hair covers it, you can not at all see where they cut.  It’s really incredible actually.

I am starting on bisphosphonate treatments on Thursday. These are a bone strengthener to help my bones in fighting the cancer and in not breaking as easily etc.  Generally, those are well tolerated, effective and work fairly quickly, and I only have to have an IV dose once every 3 months so that’s very manageable.

They will also be doing CT scans to check on how things are going with how the treatments are working to keep the cancer from spreading to other locations.  They will start by doing them every 3 months and then we will see if they do them every 3 or 6 months.  I think one of the things we learned today is that even the doctors aren’t completely sure how the cancer spreads and when and where it will move next, so they try and keep it from spreading as much as they can by using medications the fight against it, but eventually the various medications become ineffective and they have to change them, or the cancer spreads to a new spot like liver, lungs etc and they have to change the treatment so that it works on the new tumor.

We discussed other medications that are out there but they are either not covered by the Canadian medical system, or they are not something that has proven beneficial enough for the stage that my cancer is at now.

It looks like it may be a slow moving cancer based on the fact that although I had a large tumor in my skull, it was only in two other little spots in my body, so that looks promising.

We also discussed getting a second opinion from somewhere else, like going to a major cancer hospital in the US, and we haven’t totally ruled that out, but we also aren’t sure that it is something beneficial either.  It is really tough to decide so that is something that we have to look at further.

This looks like it is going to be a long haul, but we will just take it day by day, and right now the days are great!  I’m feeling super healthy, no pain at all, super energetic,  So, I’ll enjoy that while it lasts!  I’m planning to carry on with normal life right now, enjoying summer and going back to work in the fall.  The doctor feels that there is no reason why I shouldn’t.  I feel God with us and I know he can heal me if he chooses to, in whatever way he chooses to.  But whether he heals me or not, he is a good God, he loves me and I know he is there with us through this whole thing.

Thanks for your prayers.  We will most likely be in this battle for years, hopefully many years, so please add me to your regular prayer list.  I will send updates when I have something new to share, but please keep praying for us in the ‘in between’ times.